Congratulations to LUX Performing Arts teacher Catriona Rubenis-Stevens on her work on, I Put a Spell on You, The Sanderson Sisters Break The Internet, a visual album benefiting Broadway Cares/Equity Fights AIDS. Premiering this Halloween I Put a Spell on You was directed and produced by Broadway star Jay Armstrong Johnson. Cat was ecstatic to contribute as an editor, assistant director and assistant camera. We were able to get an interview with her about her experience with this amazing project..

How did you get involved in I Put a Spell on You?

It was quite a whirlwind coming on board the project! A good friend of mine, Danny Marin (of Con Limón Productions) called me about a week prior to production beginning because one of their camera teams had to bow out. So after a couple of zoom meetings to bring me up to speed, I was on set the next week! Because I’m certified as a COVID-19 Compliance Officer and knowing that all the safety precautions would be followed on set, I felt comfortable and grateful to work even during the pandemic.

What was your favorite part of this project?

For a week of filming we stayed upstate NY in Saratoga Springs, and so that was definitely a wonderful experience. You always bond really fast and tightly with your film crew, because you spend 12-14 hours a day with them. But traveling for a shoot is even more exciting, as then you really get to make great friends and connections on the job. Also, just being surrounded every day by insanely talented people. People at the very top of their game, Broadway legends, Emmy-winning costume designers, special effects make-up artists and professional dancers. It was inspiring every day working with this crew. 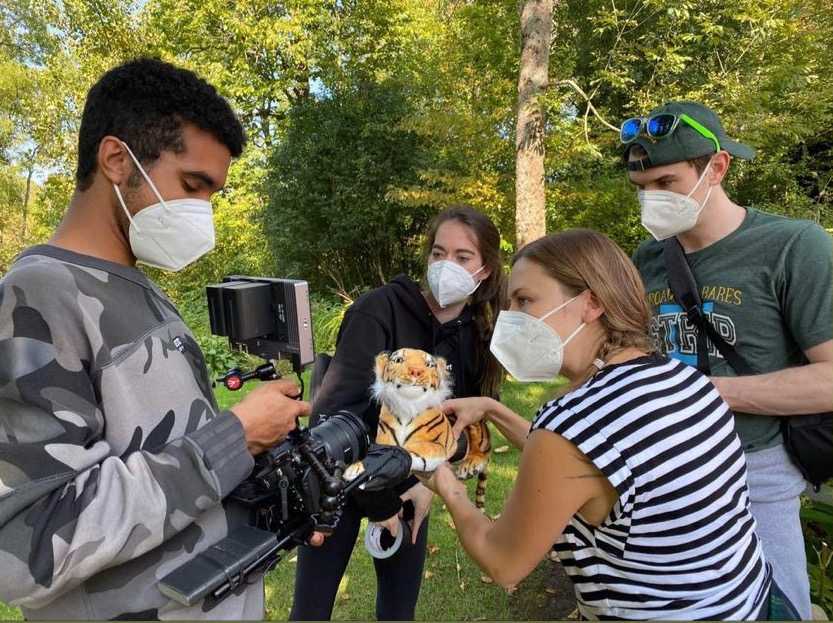 What was it like to work with all these well-known performers?

It was wonderful. Watching them nail it every take! These are highly trained actors and dancers, and the weeks of rehearsals really aided us in production. We didn't have the luxury of endless days of filming each video, sometimes we only had one day per music video. It was important the actors knew their work - and they did, and it meant we could then play with additional shots, have some fun and grab things we normally wouldn't have had time for!

Why is this project important right now?

This project is not only about raising money for artists that have been hit so hard from the pandemic, but it's also a testament as to what can be created during a bleak time when live theater and the arts are suffering so much. Instead of mourning the show not being live this year, the team put their heads together, and turned it into something that will live forever. It's a true lesson in thinking outside the box and getting creative. 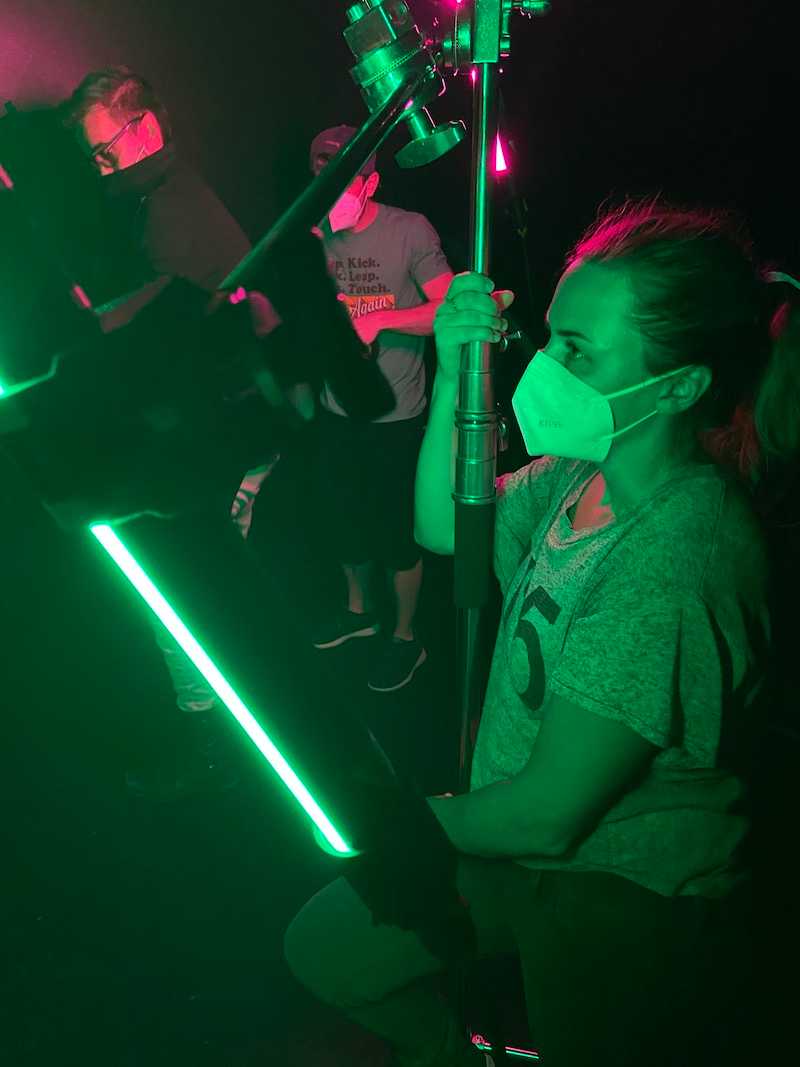 Do you have any advice for aspiring filmmakers?

If you have an idea, no matter how small, make it! Write the story out, write a script, grab a phone and just film something. Learn what looks good and what doesn't. Study your favorite films. I like to watch films or TV shows a couple times, the first time through, just to enjoy it, but then after that, to study the shots and angles they chose. The color palette, the editing and music choices. Being a filmmaker takes the same amount of discipline and practice that being a dancer or a singer takes. It takes studying and observing. Try filming a small scene from your favorite movie, matching each shot exactly as the film does! And most importantly, have fun!

This incredible project raised $239,241 for Broadway Cares/Equity Fights AIDS, and we are so proud that one of our teachers was involved.

Way to go Cat! Check out the link to the performance here:

Here at LUX Performing Arts, Cat teaches classes in acting, film, and musical theatre. She has been producing short films with the LUX students for years and looks forward to expanding our film offerings in the future! 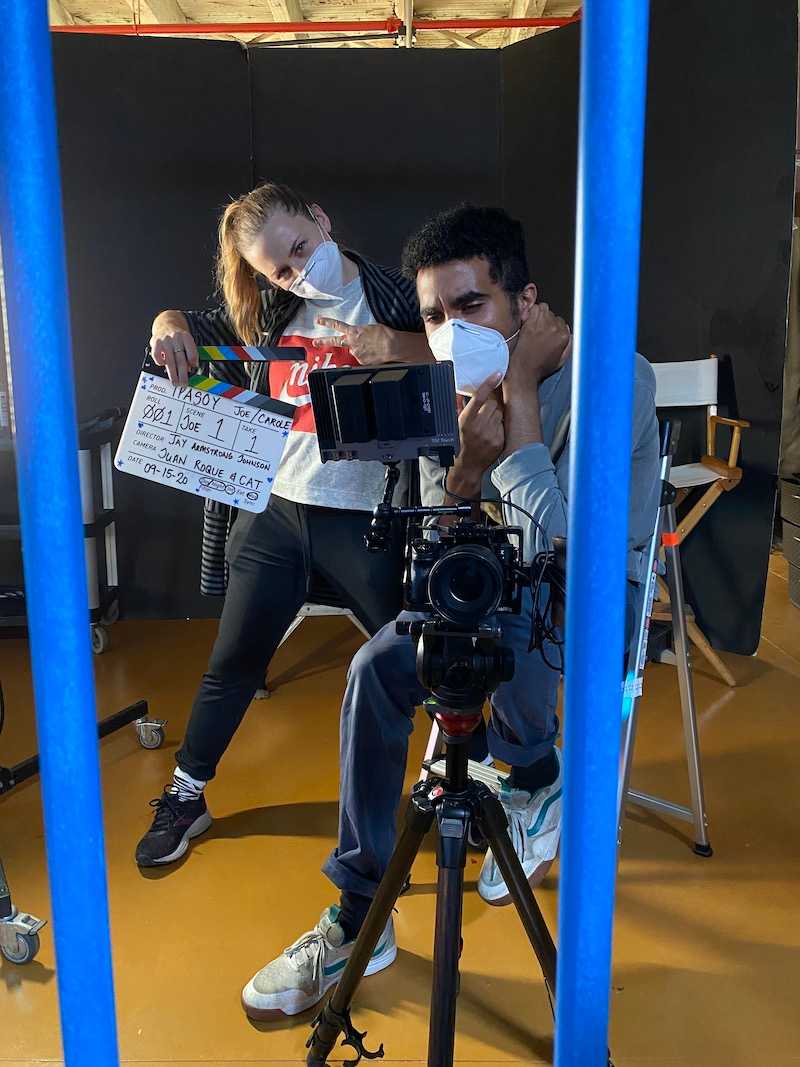